Questions on the Language of Thought. 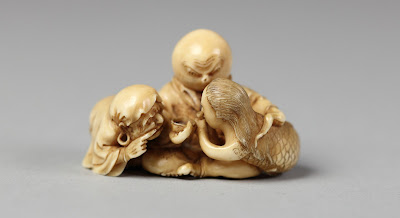 When I think to myself, what is happening? For me, it is an internal monologue. A voice speaking in my head, but in a simulacrum of an auditory experience—since it is not spoken out loud by my vocal chords. I think in the words of the English language. There is no vibration of sound waves, yet that internal monologue mimics those peaks and valleys. It is odd to me that consciousness should express itself this way. That my thinking mind should express itself in words and phrases whose depth and eloquence have grown over time as the consequence of discussion with others and reading. What limiting factor is built into this? Does a limited vocabulary mute or distort the expression of emotions, the outputs of creativity, the resolution of conflict or the capacity for intimacy with others? Would fluency in a different language enhance or retard any of those in a different way? Is there in the back of my consciousness a symphony that is degraded in its expression because my internal language is an orchestra with just a few instruments?

Maybe the loss incurred is the consequence of the exact opposite. Could even the most eloquent mind be intrinsically limited in its achievements by the fact of a finite linguistic repertoire? What is the experience of awareness, discovery and creation to a pre-linguistic child? Did earlier homo-sapiens with a smaller vocabulary find release of an expanded expression of mind in the cave wall renderings of Lascaux? Does a hearing implant or the teaching of sign language to a person born deaf cripple their consciousness in an irrevocable fashion that we cannot even appreciate? Is that internal voice a destructive regime forcing all ideas, emotions and creative inspirations through a gateway of language? And what has been left behind? Gems discarded because they did not match the fitting of the ring?

Yet, despite that constraint, I think that our Silent Mind is still alive and active behind the wall of language. Distinct from the subconscious as it is not a layer in a hierarchy, an occulted psyche, or a facet of submerged memory. The Silent Mind is a partner in our every moment, as close as held hands, a kiss, a fragrance, a marriage that defines us yet is barely recognized. It reveals itself in surprise and delight for those who are patient and can relax the conscious will to translate. It happens with the mathematician struggling at a proof, who steps outside to view the sunset and when returning to his desk, the solution presents itself to his mind, fully formed without conscious intent. Or the artist, when confronted by a blank canvas struggles with inspiration, leaves and goes out with her friends to talk and laugh about trivial things, but upon returning to the studio she sees in her mind’s eye a masterpiece waiting to be expressed on that same, once desolate, canvas.

What is that great genius mind doing in its silence? Do we all have this seemingly miraculous ability, but just a few among us have a more permeable barrier between the silent and spoken consciousness? Or is it simply a matter of building our conscious orchestra with the widest array of instruments—science, art, logic, rhetoric—each finely crafted and fully practiced so when the brilliant insight arrives it can find full expression without frustration? But as sublime as that hope is, is even that the best we can hope for? Is our current state the end state for the evolution of consciousness, irrevocably bound to language with frustrated hope for deeper revelation?

I would like to think there is a next step for humanity. A synergy of insight to expression, a free flow of spontaneity and creativity and utility that in its fullest realization could pass through even a greater barrier than comprehension, the barrier between ourselves and our fellows. Maybe in some future age we will all awaken, like from a dream of loneliness, then turn and see our silent spouse, the love of our life, lying beside us, smiling with the dawn.