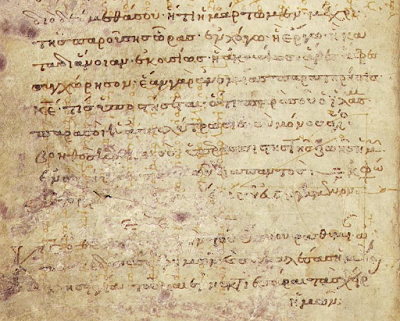 So why the word “Palimpsest”? To be honest, I don’t exactly recall the first time I read it. I have been referencing the word in my work for some time now and I’m not sure when and for what it first came in. It’s a great word. Obscure. Mysterious. Associations with ancient history. Probably Secret Societies too. But mostly it just captures very well much of what is going on in my work. The element of time and lost memory. A sense of hiddenness and camouflage. The accretion of conceptual layers.

Originally the word “palimpsest” was just a good way to talk about my sculpture. But as I, and my work, have evolved over time the palimpsest kept revealing new layers. For example, during a visit with a friend in Seattle in late 2012 we started talking about consciousness and how it manifests itself in the brain. He recommend I read some works by Roger Penrose, the Oxford cosmologist, who has been exploring the theory that the physical basis for consciousness arises from quantum scale structures in the brain. Early the next year I learned that Prof. Penrose would be visiting Santa Clara University, where my wife works, to speak as a guest of the Math Department. Excited to hear him in person, I bought tickets and attended the event. He did not speak on consciousness. But instead, on the earliest moment of the Universe: The Big Bang. The idea he proposed was that by carefully examining the Cosmic Microwave Background Radiation it may be possible to detect patterns that hint at a universe existing previous to ours. He explores this in detail in his book “Cycles of Time: An Extraordinary New View of the Universe”. So here I am, sitting in a darkened auditorium with one of the greatest minds of our time describing the universe as a palimpsest. That our present reality is written over the faint vestiges of a previous universe.

This sort of thing happens to me frequently. Synchronicity whispers to me some deeper connection than any I would have consciously discovered. And that’s a palimpsest too.